Overview of the Construction and Mining Industry in South Korea and How to Buy Equipment.

South Korea is an East Asian in the southern half of the Korean peninsula.

In 2019, South Korea had a Gross Domestic Product (GDP) of 1.65 trillion USD. The country is among the world’s leading exporters and has one of the fastest-growing economies.

Here’s how the GDP is divided among economic sectors.

The main import-export partners of the country are:

South Korea is a leading global producer of cadmium, steel, slab zinc. Regionally, it leads with the production of talc, zeolites, refined copper, pyrophyllite, and cement.

In 2020, the mining sector contributed 1.85 trillion South Korean won to the GDP. All stats suggest that the industry revenue from several industry parts is expected to increase by 2024.

This means that the mining and mineral processing equipment market will also remain active. Whether you are directly involved in the mining sector or just a supplier of equipment, Camamach has got you covered with top-branded mining equipment at competitive rates.

The construction industry is a major contributor to the GDP of South Korea. It added about 88 trillion South Korean won to the economy in 2020. To give you an idea of the industry’s size, 2019 accounted for 237 thousand construction permits.

The country was able to ride out the COVID-19 pandemic considerably better than others – they didn’t have to impose nationwide lockdowns. This saved the construction industry from a considerable decline. The statistics show that the industry is expected to pick up the pace, growing by an average of 3.7% in the 2021-2024 time period.

This clearly indicates a booming market and demand for high-quality construction equipment. Luckily for you, Camamach stocks only the best and that too at competitive rates.

The main 5 seaports of South Kore are: 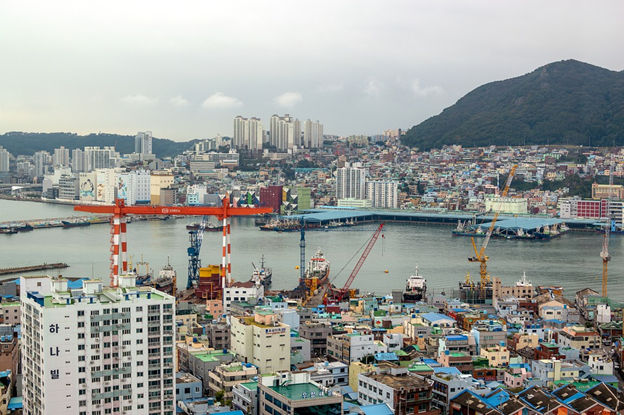 For imports, Camamach uses the Port of Busan.

What heavy machinery or equipment does South Korea Import?

What regulations are there on importing equipment to South Korea?

For details on the purpose of these documents and import tariffs, along with a step-by-step guide on import clearance, you can visit this official government website.

Why should South Korea import equipment?

Where Can I Buy Equipment for South Korea?

Camamach has years of exporting experience in South Korea. Feel free to contact us at [email protected] or WhatsApp us at +86-131-2037-9271 for a FREE quotation. We also ship worldwide; for other countries, check out our experience here.