YTO Group Corporation is a Chinese farm and construction machinery subsidiary of the comprehensive conglomerate Sinomach. Best known for farming equipment, YTO produces agricultural tractors, engines and engine parts, combine harvesters and trucks among other power machinery. As the largest manufacturer of tractors in China, the company has a strong international presence and has experience supplying large volumes overseas.
YTO 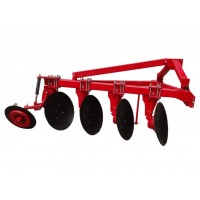 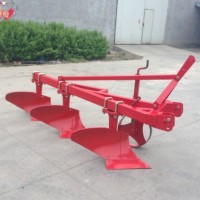 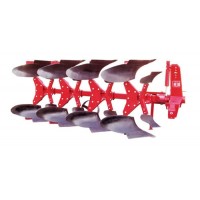 When ancient people were planting crops, the need for a workable soil turning method was high. Unfortunately, they could not come up with anything as productive as the plows for sale that we have today. It was not until 1837 when John Deere invented the first plow, which was known as the grasshopper plow.

Ever since plows have gone through a series of transformations and so have the techniques used for powering plows. Currently, multiple blades are attached to a solid frame to help cover a full area. Besides, farmers can choose from a wide array of plowing equipment. Read on for some of the plows we sell at CamaMach, including their proper usage.

Reversible plows share the design of a moldboard plow (A similar blade system characterizes both plows. In this case, moldboards come with a large blade, which has a curved upper edge. As the tractor pulls it over the ground, it digs deep into the earth to cut rows, turn as well as aerate the soil). However, unlike the latter, Reversible Plows carry two or more blades. This unique structure ensures that these plows for sale cover the most extensive land area during plowing. Each of the blades creates a single furrow. In operations, the blades adopt back to back mounting system where one set turns the soil left as the other set turns the soil right.

In application, these farm plows only use one set of blades or one blade at a time. At the end of each row, you switch the plow sets. For that reason, reversible garden plows create evenly spaced furrows. In addition, the machine operator can work end to end in whichever direction.

These farm plows for sale are useful when creating trenches for crop planting or irrigation pathways. The furrow plow is flexible for usage in preparing planting furrows, and in-furrow herbicide trenches among others.

Camamach supplies five different models of farm plows for sale. They include IL-220, IL-320, IL-420, IL-520, and the IL-525 model. Each of these farm plowing equipment has different specifications ranging from the weight, horsepower, working width, working depth, the suspension type, and the number of furrows.

Usually, disc plows are a combination of concave discs made of steel. These plows for sale have four concave disks that are individually mounted and fitted to incline backward for maximum depth. These discs come in rows and often rotate during pulling. Being the most common among tractor plow equipment, the disc type plows are useful for plowing extremely hard or sticky grounds. Disc plows are useful to break up and turn the soil, bury any residues of previous season's crops, and help in the management of weeds. They are effective on rough ground, like land tracts with hard stubble caused by a combine harvester.

From the look of things, you can choose from wide-ranging small farm plows for sale that work with a small farm tractor. The kind of plow you require often relies on your farm's soil composition as well as your tractor's power since the tractor is the one going to pull the plow. Are you still uncertain of the best tractor plow for your situation? CLICK HERE for help.